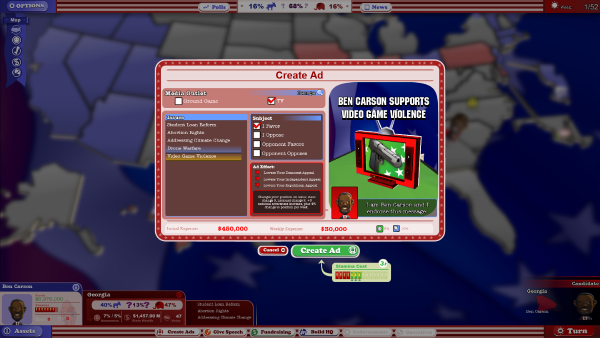 Ben Carson has just discovered Brutal Doom and wastes no time in making it known to America.

While speeches will give a quick boost to an issue's score, the way to solidify an issue's place in the heart of voters is with Advertisements.

Placing an ad is similar to giving a speech where picking an issue and stance is concerned. Where tactics change is in choosing an advertisement medium. There are three different types of advertisement, each with their own costs and strengths.

How can you use advertisements to bring down the hammer on the opponent? Add your strategy below!