Headquarters can be constructed in any of the fifty states of the Union. There are three types of buildings, each with different purposes. 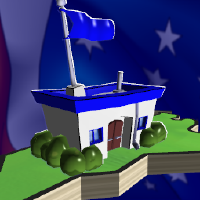 This is the default building for any budding politician. Campaign Headquarters will bring in weekly donations, raise your awareness, and unlock more issues for a candidate to campaign about (see Creating Ads and Giving Speeches).

When a candidate upgrades to the last level of any headquarters type, they'll enlist the help of a basic 'Operative', who can be moved around the country to give an extra boost to their awareness- 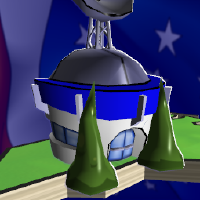 While it does nothing for a candidate's cash flow, this type of building will bring in 'Political capital', a precious commodity which can be used to hire 'Operatives' to do one's bidding (see Operatives).

Consulting Offices also have the benefit of showing the true colors of any random Activist that pops up in the state (see Activists).

Since Consulting Offices have such a low impact on one's statewide awareness, it's a good idea to build these in states that aren't key to a candidate's victory. 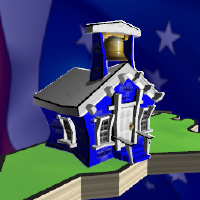 Outreach Centers are the last option when building a new headquarters. Candidates that want to gain the endorsement of Special Interest groups will do well building these structures. Designed to help the community, Outreach Centers raise your stance amongst public leaders, building a quantified currency known as 'PR Clout'.